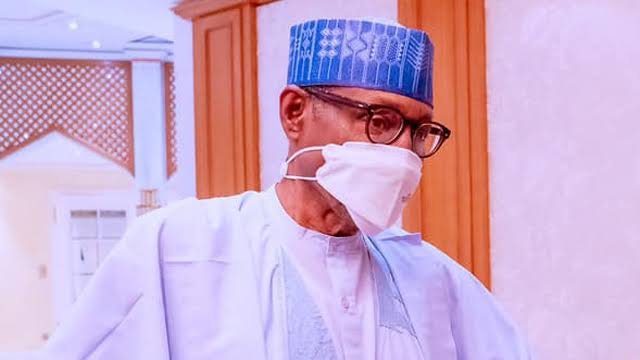 President Muhammadu Buhari, who marked his 79th birthday in the week under review, coincidently approved a new salary structure for officers and men of the Nigeria Police Force (NPF) to boost their morale and productivity.

The News Agency of Nigeria (NAN) reports that the president, who marked the anniversary in Istanbul, Turkey, on Dec. 17, had also ordered the Minister of Finance, Budget and National Planning, Dr Zainab Ahmed, to release the salaries of health workers, including doctors that were seized while enforcing the no-work, no-pay policy.

The Minister of Labour and Employment, Dr. Chris Ngige, confirmed this development when he fielded questions from State House correspondents in Abuja, after a closed door meeting with the president on Dec. 16.

Earlier on Dec. 15, the president through the Minister of Police Affairs, Alhaji Maigari Dingyadi, had announced the provision of a 20 per cent peculiar allowance for the police.

He said: “I am particularly very happy today to inform Nigerians that the Federal Executive Council has approved the review and upgrading of the take home pay of police personnel in this country.’’

According to Ngige, the approval covers members of the Joint Health Services Union (JOHESU) who went on strike in 2018.

Buhari had marked the 79th birthday with the cutting of a birthday cake made in national colours, green-white-green, saying he would put in his best for Nigeria until the last day, when in 2023 he hands over to a successor.

He added that he planned to return to his farm to tender crops and livestock.while enjoying his retirement from State House.

The Nigerian leader, who was in Turkey for the 3rd Turkey-Africa Partnership Summit, held bilateral meeting with President Recep Tayyip Erdogan where he reiterated that Nigeria would partner the Republic of Turkey in dealing with the current security challenges facing the nation.

The president acknowledged that Turkey had garnered a lot of experience dealing with security challenges of various kinds and Nigeria would latch onto that experience.

He also called on the Turkey-Africa Partnership Summit to provide concrete support to help defeat terrorism and insurgency in Africa.

The president made the call at the third edition of the Summit held in Istanbul, Turkey on Saturday.

According to the president, the Boko Haram terrorist group, though fragmented by internal strife and degraded by Nigeria’s defence forces, is still active and preying on soft targets.

Buhari had earlier participated in the 60th Ordinary Session of the Authority of Heads of State and Government of the Economic Community of West African States (ECOWAS) on Dec. 12, in Abuja.

At the summit, the Nigerian leader stressed the need for ECOWAS leaders to forge stronger solidarity in order to address the new challenges, including the current third wave of the COVID-19 pandemic and its Omicron variant.

It said “tackling the scourge of banditry and terrorism remains Federal Government’s first priority, as President Muhammadu Buhari holds the victims and their families in his thoughts and prayers.’’

Malam Garba Shehu, the Senior Special Assistant to the President on Media and Publicity, described the editorial as unfair comments, saying Daily Trust’s suggestion that the president exchanges violence for the support he got electorally is beneath a publication that claims any kind of political neutrality or integrity.

Buhari had during the week under review condoled with the family of the Soun of Ogbomoso land, Oba Oladunni Oyewumi, Ajagungbade III, on the demise of the highly revered traditional ruler earlier on Sunday.

He also extended heartfelt condolences to the government and people of Ogun, as well as the Royal family on the passing of the Olowu of Owu kingdom, Oba Adegboyega Dosunmu Amororo II.

He also extended the sympathies of the nation to the government and people of the U.S. following devastating tornadoes ripping across six states that left destruction and deaths on their trail.

The president also sent a get-well message to his South African counterpart, Mr Cyril Ramaphosa, who tested positive for COVID-19.

”The coronavirus pandemic is a reality and no respecter of persons,’’ he said.

On Dec. 14, the president hosted ECOWAS Parliament, led by the Speaker, Dr Sidie Mohammed Tunis, in the State House, Abuja, where he reiterated that Nigeria would keep pledges made to the ECOWAS Parliament and to the sub-regional body at large.

Buhari also met behind closed door with Gov. Darius Ishaku of Taraba in the State House, Abuja, on Dec. 14.

Briefing State House correspondents on the outcome of the meeting with the president, the governor stated that he briefed Buhari on the recent attack on parts of the state by Ambazonia separatists from Southern Cameroon.

He said he requested for assistance from the Federal Government to tackle insecurity and other developmental issues in Taraba.

Gov. Abdullahi Sule of Nasarawa State also met with the president on Dec. 14, where he lauded him (Buhari) for being the architect of the Ajaokuta-Kaduna-Kano gas pipeline and revamping the nation oil and gas sector.

According to him, with all the achievements being recorded by the Buhari administration, Nigerians will appreciate the president the more “after he leaves office”.

He added that the president had done a lot for the country and many would not see that until after his tenure.

On Dec. 15, Buhari presided over the virtual meeting of the FEC at the newly renovated Council Chamber of the Presidential Villa, Abuja.

NAN reports that the weekly meeting approved 1.9 billion dollars for the procurement of equipment for the nation’s power sector to boost power supply across the country through the Presidential Power Initiative.

Vice-President Yemi Osinbajo was in Daura, Katsina State, to witness the turbaning ceremony of Yusuf Buhari,  son of President Muhammadu Buhari as Talban Daura and district head of Kwasarawa community on Dec. 18.

The president, who ended the week under review on a diplomatic mission, endorsing partnerships aimed at tackling nation’s security and socio-economic challenges, congratulated the Editor-in-Chief/Chief Operating Officer of Premium  Times Nigeria, Musikilu Mojeed, who emerged the President of the Nigeria chapter of the International Press Institute (IPI).

Buhari, in a congratulatory message issued by his media aide, Malam Garba Shehu, on Saturday in Abuja, also felicitated the General Manager, Business and Strategy of Media Trust Ltd., publishers of Daily Trust, Ahmed Shekarau, who was elected Secretary of IPI Nigeria.

NAN reports that the president has since returned to Abuja after attending the Africa-Turkey Partnership Summit in Istanbul, Turkey.