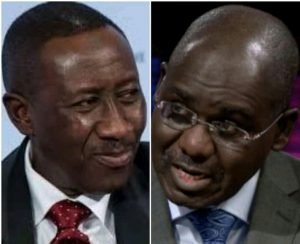 Dr Adamu Baba Zonal Publicity secretary of NONIP said, their demands are base on the utterances of the NSA, Major General Mohammed Babagana Monguno (rtd) on the alleged missing $1billion arms fund involving the past Service Chiefs

The group analyses the BBC Hausa interview granted by the NSA as unnecessary, very harming on the success of the operation against terror, banditry and insecurity across the country

We observed that, the interview has not only damaged our spirit of but also made us to discover the lacks of motivation and encouragement of our soldiers in the field of battle, Said the Publicity secretary

We urged the NSA to urgently come out and seek forgiveness and apologized to Nigerians, then open a corridor of synergy by seeking authentic intelligence from other stakeholders that include affected governors of such troubled states, traditional and community leaders

According to the group NSA has a clear first hand background information than all those feeding him with different views therefore
the hitherto tension generated as result of alleged views are so harmful and capable of creating misunderstanding, disrepute against the personality of the past Service Chiefs, their families and dangerous to the success of other security operations across our the country

NONIP commended the continue efforts, sacrifices by the governors of north western region, especially governors of Zamfara state over his genuine concern and intermediary role in mitigating insecurity challenges around the region

The Governors commitment on engaging corridor of contacts for ensuring peaceful coexistence, understanding and synergy with security heads and other stakeholders toward ensuring that lives and properties of their people are secured and given necessary attention than resorting in going to funerals or sympathy visits on the victim families as hitherto experienced in the past.

The emphasize on the progress achieved especially the relative peaceful atmosphere, provision of logistics support and synergy with security in their states despite harsh reactions and attacks as encouraging

. We support initiative aim at encouraging dialogue and amnesty with those bandits that are genuinely committed to surrender or lay their weapons,

we also encouraged them to continue with their effort of support and sustaining community policing to reduce the menace of such banditry, kidnapping and other crimes activities in the region.

We call on President Muhammadu Buhari to declare total war with Boko Haram, bandits and kidnappers in order to put all the necessary apparatus of security and attention to such challenges

We also wish to remind Mr President that, securing lives and properties of people is much more important than commiserating or sympathy visits to victims of the families.

Every region of the country has a major peculiar challenge of insecurity bedeviling its people, nowhere is safe and our stand to unite with the Federal government, security agencies is the only solution to bring an end to such challenges.

While condemning rising reports of students kidnapping activities in some schools in our region, we are in support of measures taken by some of our governors, especially Zamfara and Sokoto states by giving two months grace window to the bandits to surrender their weapons and be rehabilitated in the society or faced consequences due to such failure

We appreciate the role of the new Service Chiefs by initiating a visit to some of the trouble areas aimed at ascertaining the level of challenges and complaints from the officers at battle grounds in order to boost their morale and ensure protection of lives and properties of Nigerians.

We also commended the President Muhammadu Buhari’s decision of the extension tenure given to Inspector General of Police so as to give him all the necessary impetus of laying a lasting foundation for the successful security network in policing our affairs in the country.

Our people in the North should stop playing politics on the issue of security or showing partisan as indicated on handling of security issues in Zamfara and Katsina. Whatever affects any of the states in particular about challenges of insecurity will surely overlap to all other neighbouring states.

Therefore, those castigating or attacking governors of Katsina, Zamfara and Kaduna of negligence should understand that, issue of security is a responsibility of every citizen.

We must stand together and support them to win this battle, The statement concluded. 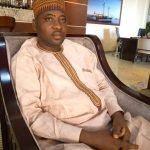