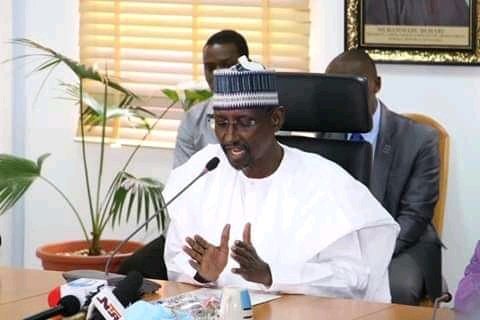 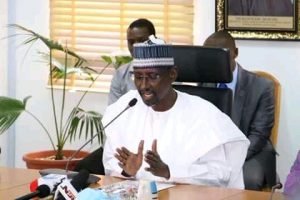 The Abuja Geographical Information systems (AGIS), deserves commendation under the current management for its efforts aimed at restoring property owners’ confidence in the department and ensuring corrupt free processes in land allocation in the FCT.

AGIS is the computerized land registry of the Federal Capital Territory Abuja, established since 2003

AGIS is one of the major creations and legacy of Mallam Nasir El-rufai as Minister of the FCT under former President Olusegun Obasanjo’s administration.

The establishment of AGIS has restored confidence and added value to landed properties in the city, significantly addressing several crisis related to land scam and racketeering in the FCT.

Before now land allottees had been raising concerns following series of accusations bothering on corruption among staff of AGIS.

Some of the allegations included double allocation, theft of allocation documents, fake allocations, as well as its employees demanding for bribe before performing their statutory duties.

It is, however, worth mentioning here that the narrative is gradually changing under the current management of AGIS.

The management is therefore, working tirelessly to purge out corrupt elements from the system, as demonstrated by its current reforms.

Let me also emphasise that as a trained labour activist, as well as public affairs analyst, you cannot find me praising a particular agency or manager easily, I prefer constructive criticism to bring out perceived shortcomings and for improvement.

I therefore find some of the criticisms against AGIS, judging it based on its past management as unfair, in fact illogical.

I am a witness to the credibility, integrity and sincerity of Alhaji Ibrahim jalo-led AGIS.

Jalo has indeed shown genuine commitment and sincerity in leadership by making indelible marks in his efforts aimed at eradicating corruption in the system.

My recent encounter with AGIS has no doubt erased the negative perception of a corrupt agency that I held because of its past.

I recently had the privilege of observing the organisation closely during a fact finding mission when property documents allocated to a good friend of mine mysteriously got missing.

My friend had applied for a land in Abuja through the AGIS, like any other Nigerian.

He paid the statutory fee and passed through every normal process to the end; patiently awaiting approval and allocation.

The land was later approved and an allocation letter released to the wrong hand as my friend was to learn later, because he was not notified.

The documents are believed to have been stolen and sold to a high profile personality in this government.

My friend only got to know when some fraudsters attempted to use his details to log into the AGIS portal.

Luckily the officer in charge was smart to dictate an anomaly and so decided to verify by putting a call through to my friend from the contact number he sourced from the initial data capture on the system.

He was to learn later that the land was allocated to him about a year ago, but he never received the documents.

He eventually visited AGIS and laid his complaint through Alhaji Adamu Jibrin, the Director land, and Malam Umar Kuso, the Head of Administration.

Both men immediately swung into action by setting up a committee to unravel the mystery behind the missing land documents.

My friend was invited and appeared before the committee for his testimony.

It was discovered during the probe that a high profile personality bought the land through a middle man fronting for yet to be identified staff of AGIS.

Unfortunately the middle man died earlier this year in a car crash, making it difficult to unmask the suspected employee who stole the documents and gave to the deceased.

It was also revealed that the buyer paid millions of naira for the land documents.

The buyer was also invited by the committee and all issues surrounding the land were laid before him.

He accepted his fate that he was scammed and promised to surrender the documents in his possession to AGIS.

Due to AGIS’ past record and experiences shared by others, my friend was worried and started loosing hope of recovering the land due to the snail speed of the probe, in spite of the committee’s promise to do justice.

I believed them and continue to encourage him to do same” trusting that the management would be just and fair on their findings.

Was hopeful of a positive outcome because a friend who works in AGIS already whispered that the current leadership had zero tolerance for corruption and was doing everything possible to purge out corrupt staff from the system.

I put a call across to AGIS and was granted appointment to meet with the Director Lands, and the Head of Admin.

My meeting with them no doubt yielded fruitful result because we had a very positive discussion which further cleared my doubts that they would be just and fair in handling the matter.

They demonstrated sterling leadership qualities by showing concern and remarkable interest to find the missing documents and prevent future occurrence of such.

The management saw me as partner in progress, not as an enemy, as we continually shared information, leading to the resolution of the issue.

After the submission of the probe committee report last week, my friend was invited and his allocation letter was handed over to him as the genuine owner without paying a dime to anyone as bribe or inducement.

I Therefore wish to call on Nigerians to always verify the position of any information before casting the stone. 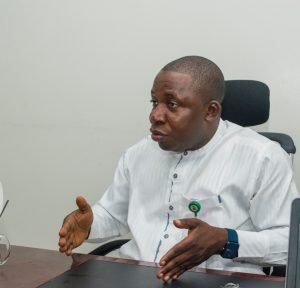 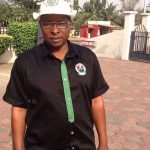