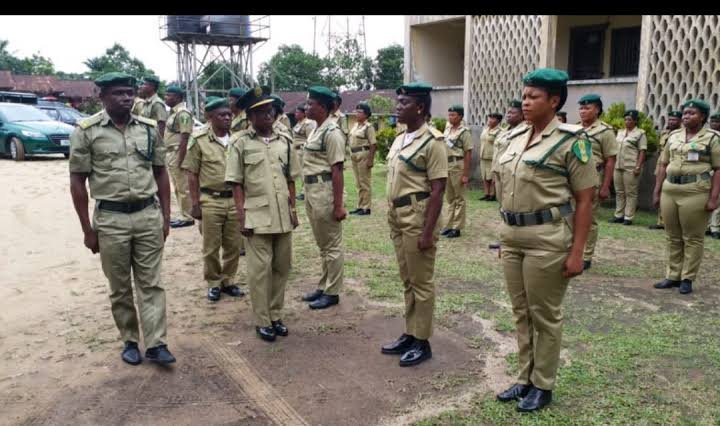 The Nigerian Correctional Service (NCoS) has enjoined the public to accept offenders who have been reformed as responsible brothers and sisters.
The Service Public Relations Officer, Mr Francis Enobore, said this in a news conference on Friday in Abuja.
“Incarceration does not, in any way, sign post total damnation.
“That is why we have had two inmates emerging as best graduating students of the National Open University of Nigeria (NOUN) in 2014 and 2018.
“Also, in 2021, an inmate in Kuje Custodial Centre graduated with a Second Class Upper Division (2:1) in Criminology”, he stated.
Enobore said that the National Open University of Nigeria also has 23 of such special study centres in locations across the country with two more to be inaugurared in the first quarter of 2022.
He said that 970 inmates were currently studying various courses at diploma, under-graduate, post-graduate with five inmates studying at Ph.D level.

He also said that more than 31,963 minor offenders had served their sentences through non-custodial measures, thus reducing inmates’ population.

“Another intervention is the Virtual Court Room system introduced to Medium Security Custodial Centre, Kuje, FCT, by the Federal Ministry of Justice to enhance speedy trial of suspects in custody”.
“In terms of vocational skills acquisition for inmates, a lot of workshops across different custodial centres in the country have remained functional, producing scores of artisans.
“This is further strengthened by the service After-Care Scheme that helps to settle inmates after discharge.
“Just recently, a former  inmate of Billiri Custodial Centre in Gombe State trained more than 134 youths in his community in designing and knitting skills he learnt while in custody.
“Some of the trainees are now self-employed and many others currently serving under him as apprentices, ” he said.
NAN