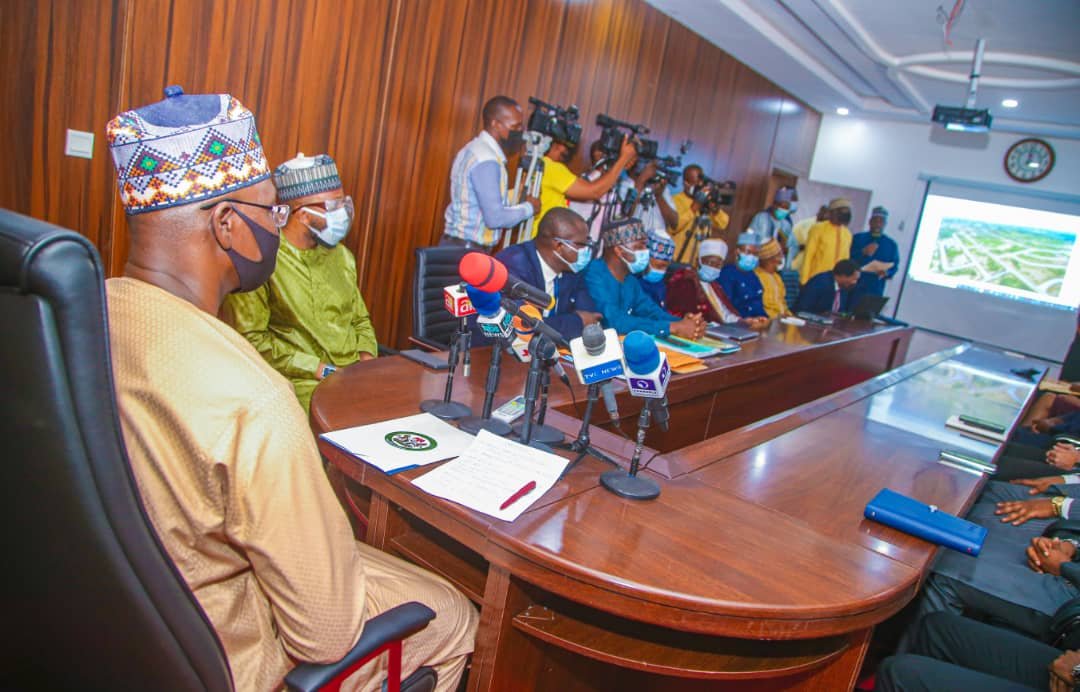 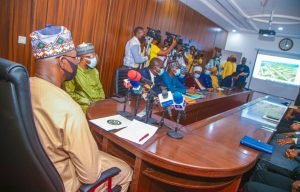 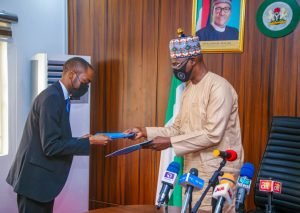 A journey that began over three decades ago, precisely in 1992, finally came to fruition, by the stroke of the pen, penultimate Wednesday, after Nasarawa State Government, entered into a Public-Private Partnership (PPP), with a major player in the real estate business in the country, Affinity Continental Royalty Limited, to develop the Peninsula Estate, in Karu Local Government area, initiated under the then old Plateau State.

The landmark achievement, is coming barely two years into the administration of Engineer Abdullahi Sule, with the governor persistently bringing his private sector background to bear in running the affairs of the state and to change the narrative, especially in the role the private sector is playing to drive the economy of Nasarawa State.

The Peninsula Project, according to Mr Sonny Agassi, Director General, Nasarawa Geographic Information Service (NAGIS), was conceived far back as 1992, under the Karu Local Government Area, as one of the first public/private partnership to be established.

Agassi, whose agency is in charge of the Peninsula Estate, also chaired the sub-committee set up by the state government to oversee the process of inviting and selecting investors for the development project.

According to the DG NAGIS and over time, the project, in 1993, was taken over by the then Plateau State government. Then in 1996, after the creation of Nasarawa State, as part of the assets that were shared, Nasarawa inherited the Peninsula Estate from the old Plateau State.

The Nasarawa State government took full control of the project in 1997, with nothing happening afterwards. Successive governments came and yet nobody knew what to do with it, a situation that gave room for encroachment and court litigations.

However, a glimmer of hope surfaced during the immediate past administration of Senator Umaru Tanko Al-makura, who recognizing the economic potential for the state and in a bid also to further broaden the revenue base of the state, the then governor decided to build critical infrastructure on the over 100 hectares of land making up the Peninsula.

Though the previous administration awarded the contract for the layout of the site, nothing much came out of the project mostly because the driving idea then was to carry out site and services, which entails allocating the land back to individuals to develop at their pace. Even after the previous government puts up the infrastructure, the land remain undeveloped.

With the advent of the Engineer Sule administration however, the long tortuous journey finally came to an end, especially with the investor, Affinity Continental, promising to sink N30bn to ensure that the Peninsula Estate project sees the light of day.

The journey hasn’t been easy though, as recounted by key players that midwifed the process leading to the epoch making signing of the joint venture agreement between the two parties involved in the deal.

For Engineer Sule, the journey began precisely in May, 2019, shortly after he was elected governor. The vision for his administration was to break away from the traditional site and services and to seek for a private developer to bring to light the envisioned project for the Peninsula Estate.

An obviously elated Governor Sule, described the agreement signing as a happy day for his administration, especially for developing the Peninsula Estate located in Masaka, in Karu Local Government Area.

“It’s not only in line with the policy of this administration to bring about development in the local government that is our gateway to the FCT, it’s also in line with what we are trying to do in the state,” a visibly excited Governor Sule said shortly after witnessing the signing of the joint venture agreement.

According to the Governor, the feat being celebrated through the signing of the Memorandum of Understanding (MoU) between the Nasarawa State government and Affinity Continental, was only made possible because of the innovations earlier introduced by his administration to create enabling business environment in the state.

The setting up of the state Mortgage Board that will regulate mortgages, foreclosure and enforcement in real property, in September last year, as well as the establishment of the Nasarawa State Investment and Development Agency (NASIDA), which is to serve as a vehicle for promoting, facilitating and coordinating investments in the state, were jointly responsible for the success so far recorded.

With this new arrangement in place, where a developer is coming to invest in the project, rather than employing sight and services for the Peninsula Estate, Nasarawa State is in pole position to earn N9bn in revenue while owning 30 percent equity.

“As a businessman, I am not going to come into the same arrangement.

“It’s one of the reasons why, so that people will understand the reason for changing this and looking for a housing developer to come in, with new concept, new ideas to do that,” the governor explained.

In clear terms, Engineer Sule said, if his administration has gone ahead to implement the site and services on the site, Nasarawa will most likely end up with only N2bn as revenue.

“By the time this housing is completed, Nasarawa State will now have a revenue of N9bn and not N2bn. Instead of getting the N2bn right now, it’s better to wait, develop the place, create employment for most of our people living in the area and create a lasting source of revenue,” he added.

But the governor was not only concerned with revenues, as he expressed serious concern over the fate of genuine landowners displaced at the site for the project to take place.

Engineer Sule took time to explain to journalists at the event, the genesis of the number of court cases pertaining to the land where the Peninsula Estate is located.

“When we came in, we realized a contract, in May 2019, was given for the layout of the Peninsula site. The entire land is far more than 100 hectares. I want to emphasize that so that people will understand.

“We also realised that there were a few cases here and there because different administrations have allocated part of those land to different people,” he stated.

The governor further explained that his administration rushed in to complete the layout, with all the structures, the road network, lots of culverts, semi bridges while also using the opportunity to kick out some people that were encroaching on the site.

He assured that even though the site was bigger than 100 hectares, the state government only allocated 100 hectares for the Peninsula Estate project, leaving out about 30 hectares more to be allocated to individuals with genuine claims to land ownership.

“The idea is that those people who have legitimate ownership once they come, they are now going to be winners both sides.

“Because they are going to be winners in a place where there is exactly no layout, no road network, no value whatsoever, to be given a piece of land,” the governor assured.

He however warned that people will not be allowed to build houses anyhow on the peninsula, stressing that they have to comply with specified standards, in line with what is exactly obtainable there.

The process leading to the selection of Affinity Continental to develop the Peninsula Estate, took several months of hard work.

Mr. Agassi appreciated the governor for sharing his vision for the peninsula with them.

“In line with that vision, we created a committee led by my humble self to oversee that. With other members of the committee, we invited investors, including some of the big names and players in the industry, at time to interact with them and they made their presentations,” he stated.

Agassi said based on the number of investors obviously, as well as capacity, Affinity Homes Limited/Urban Shelter was chosen to sign a joint venture agreement with the state government.

According to the DG NAGIS, given the history of the area, the government wanted to see an organized, sustainable living environment in Karu, instead of what has now come to be acceptable as the urban slump.

“We hope and do believe sincerely, that with the signing of this agreement today, that vision will be achieved with 100 hectares of land given to Affinity, we are expecting something similar, if not better than Asokoro,” he stated.

Speaking earlier, Managing Director of Affinity Continental Royalty Limited, Muhammad Abdulmutallab, assured the state government that his company will execute the project according to specifications, stressing that Affinity Home is willing to spend N30bn on the Peninsula Estate project.

Commenting on the scope of the project, Abdulmutallab said the estate would comprise 4000 units of low income housing of two and three bedroom units, together with facilities such as a hospital, schools, worship centres and other amenities.

According to him, Affinity is a consortium, with a world class team that cut across various sectors, including experts in construction, infrastructure, finance, the power sector, which the MD said are important because it shows that their team is strong enough to execute the project.

Abdulmutallab disclosed that Affinity is planning to invest N30bn into Peninsula, in order to realize the vision the Nasarawa State governor has for the place. “What is our vision as a company, it’s to change the face of real estate. What we have on offer is very unique for this kinds of project because other than just building and constructing, it has a lots of value adding benefits. Karu as we know it, is going to see a lot of changes, starting with the Peninsula,” he said.

He however requested for the state government to transfer the Certificate of Ownership of the 100 hectares to a Special Purpose Vehicle (SPV), also to be set up by the government, as part of the due diligence demanded by their financiers.

As part of the agreement signing ceremony, Nasarawa State Commissioner for Justice and Attorney-General, Associate Professor Abdulkarim Abubakar Kana, said the document being signed was a product of intense discussions, negotiations, following the presentations made several times by the other side.

During the ceremony, Barrister Ibrahim Abdullahi, Managing Director NASIDA and Mr Agassi of NAGIS, signed on behalf of the Nasarawa State government, with Mr. Abdulmutallab and one of the directors of the company, signing on behalf of Affinity, while Nasarawa State Commissioner for Lands, Hon Salihu Alizaga, signed as witness.

Abdulmutallab assured to mobilize to site within four to six weeks, depending how quickly issues are resolved for the company to commence work. 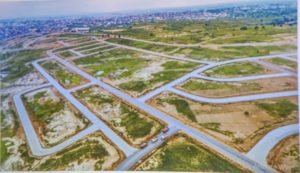 Abare is a Special Assistant on Media to the Nasarawa State Governor.march 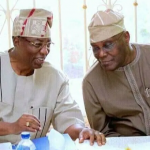 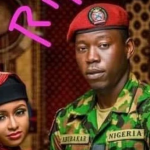